Friday the 28th of May finally brought the weather we have been waiting for just in time for the PYRA race to Dartmouth. Even the sunshine couldn’t tempt out any last-minute line entries, possibly fearing the light winds forecast for the weekend.

Di and Dave on Smithy acted as start boat for the outward leg with a swash line start. The wind pretty much dictated a port start and most of the boats lined up accordingly and we watched to see how it would play out, in the end a good clean start and we were off racing towards Swash buoys Nos 1 & 2 in good breeze.

Bearing away past Old Harry rocks Hope and Glory got into her stride and started to get past the fleet, the remainder of us stayed closer in and together. There started a match mace between Destiny and Bob Dyer on the Grey Silke which would last for 12 hours over 65 miles.

Rounding Peveril, kites were hosted, Smithy went fast and sailed higher with her asymmetric taking a route south to what would end up being the best winds. The other boats jostled for position balancing speed and direction. There were light patches and some very strange shifts which necessitated gybes for different boats at different times but we were never less than a few hundred metres from The Grey Silke through the entire race across Lyme bay.

As night fell, the wind started to fill in and the tide turned in our favour and we headed to the finish line at 8 knots over the ground, dropping the kite just before the line so we could head up under whites to finish just ahead of Grey Silke.

When we arrived at our reserved moorings, Smithy and Hope & Glory were there having a quiet beer and took our lines, we in turn, did the same for Bob minutes later. Yapluka joined us all shortly after.

The lay day was a typical West Country in the sun day. A slow start followed by breakfast in the sun in the cockpit, a pasty and fish and chips tied up with a brief RV in the park as the Royal Dart was fully booked with a regatta.

Sunday morning saw skippers leaving at flexible times to try to arrive at Portland at the right time for the positive tide beating against an easterly wind. Destiny and The Grey Silke again left at the same time and the rivalry continued, this time with The Grey Silke getting away in the heavier winds off the headland. After a good but quite bouncy beat all the way to Portland, we ran into the forecast hole. After spending a couple of hours teasing the boat forward through the water but backwards over the ground, we capitulated and turned the engine on finally getting to Poole around one thirty in the morning to round off a great weekend. During the passage we saw some of the front runners in the RORC Myth of Malham which is always good but as night fell and the tide turned foul, I felt for the competitors settling in for a cool night. 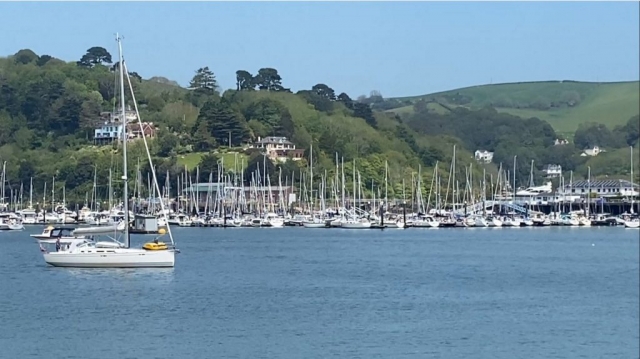 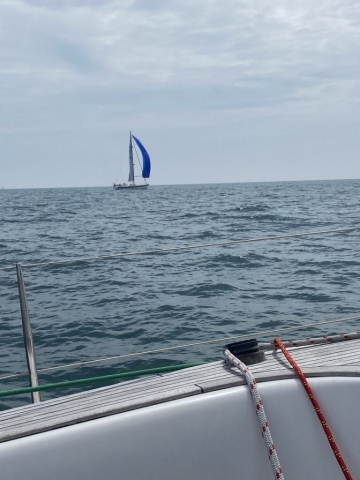 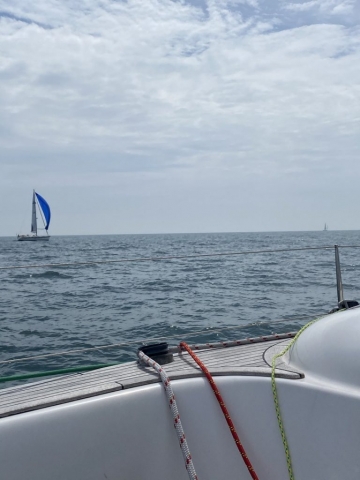 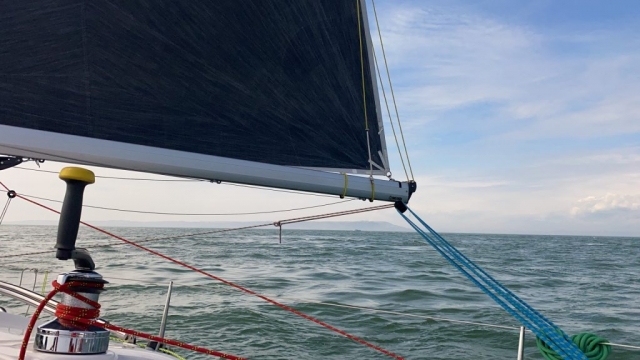 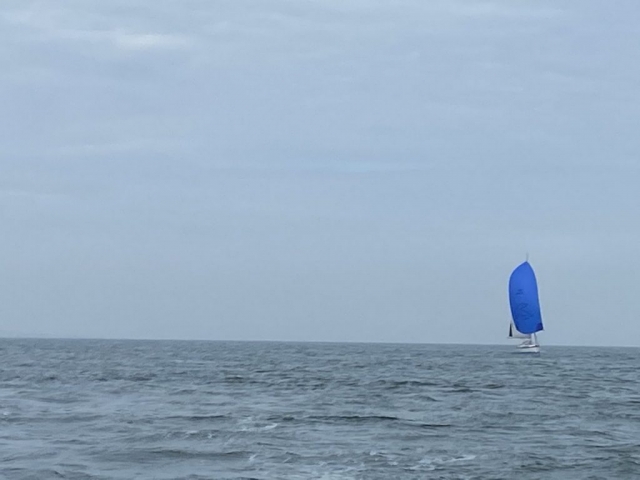 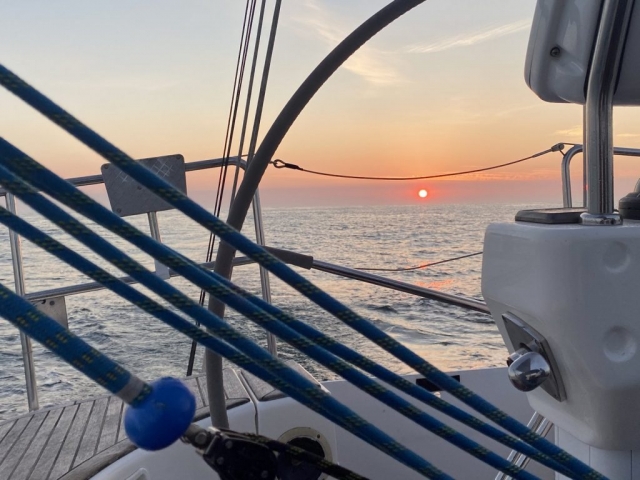