A PYRA fleet of 17 Yachts made their way into Poole Bay on Bank Holiday Friday for the Easter series racing to the Solent, under the auspices of the Royal Motor Yacht Club.

By late morning wind had increased sufficiently to get racing under away. The Humphreys 50’ ‘Hope and Glory’ the largest yacht in the fleet was soon leading taking the fleet into Christchurch Bay, closely followed by the  MG 346 ‘MS Amlin Enigma’ leading Class Two and holding off other class one boats in the process.

Classes three and four were to finish at North Head;  ‘Athene’ beating ‘MS Amlin QT’ on the water by just a few seconds the Ecume securing the win on corrected time, both followed home by the Rival 34 ‘Wild Rival’.

Class four with just one finisher, the ever resilient ‘Skykomish’.

Class one and two went on into the Solent with the wind dropping several retirements left a depleted fleet ghosting into Lymington.

Ultimately the Dehler 36 ‘Deity’ was to be the only finisher in class one, ‘MS Amlin Enigma’ taking class two again the sole survivor.

Following ample hospitality, far too much to eat, results and frivolity with grateful thanks to Lymington Town Sailing Club, the fleet was again confronted with drifting conditions on Saturday morning. With a destination of Gosport a start to the East transpired.

Again ‘Hope & Glory’ made the running ultimately securing a win in class one with a repeat in class two; providing ‘MS Amlin Enigma’ their second win of the series. Between Class three and four it was only ‘Athene’ that beat the strong ebbing tide to secure a worthy result.

As with any PYRA event a superb rendezvous followed at the Light Ship in Haslar Marina, with drinks, a sailors supper and delivery from our learned Captain.

Sunday and with mirror like conditions in the Solent the fleet had no alternative other than to motor to their next destination; Town Quay in Southampton. With no racing revelry at Southampton hostelries followed, with most ending the night listening to Rockabilly entertainment in the Town Quay local – The Platform Tavern.

Monday for the long haul back to Poole, with both more wind and an ebb tide to help the fleet along, starting off the Hamble River entrance provided a short windward leg and then opportunity to fly spinnakers to Hurst.

‘Hope and Glory’ showing excellent light weather boat speed was to stretch out and secure a second win in class one followed home on correct time by the Pogo 2 ‘Shed of Arjuna’, sailing singlehanded.

Class two and the Dehler 29 ‘Vento Novo’ showed tactical prowess, breaking away from the Elan 333 ‘Pluto’, first and second respectively. A familiar story in class three and four with ‘Athene’ leading the way in the former followed in by ‘MS Amlin QT’ with the smaller boat saving their time and winning when corrected. ‘Skykomish’ wining class four over the Dehler 36 ‘Ceres’.

Despite light winds throughout close racing, multiple race winners and legendary PYRA social activity resulted in an excellent opening series for the fleet.

The Easter Series prizes will be awarded at the annual RMYC sailing prize giving on Thursday 21st November 2019. 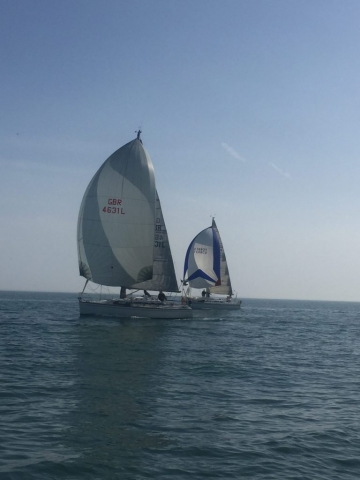 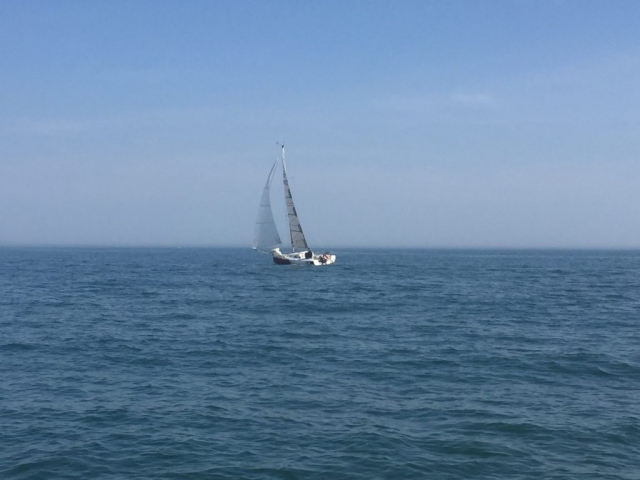 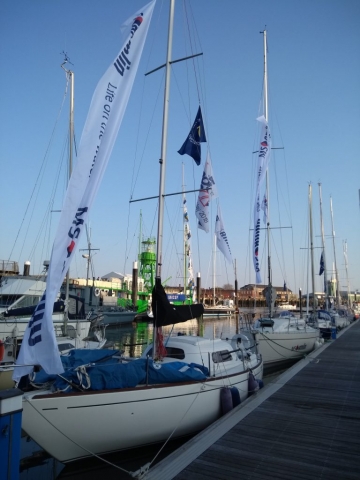 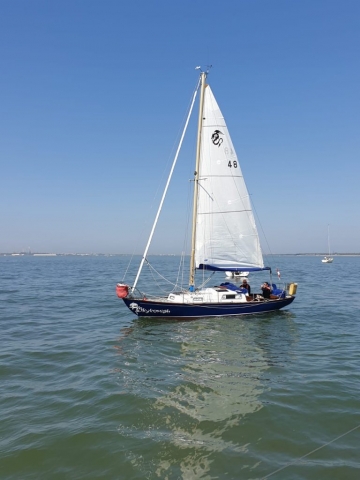 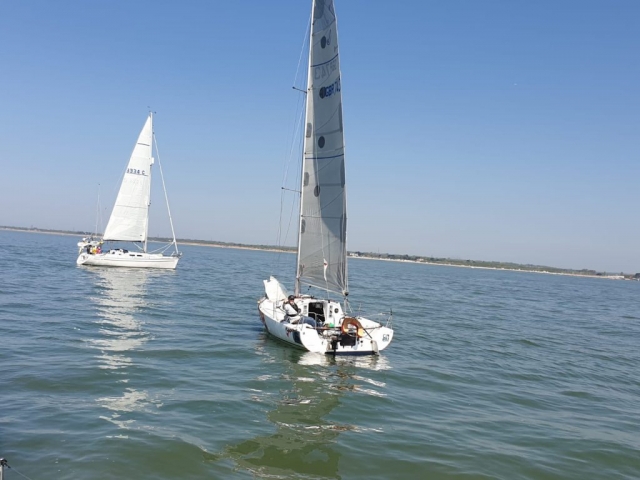 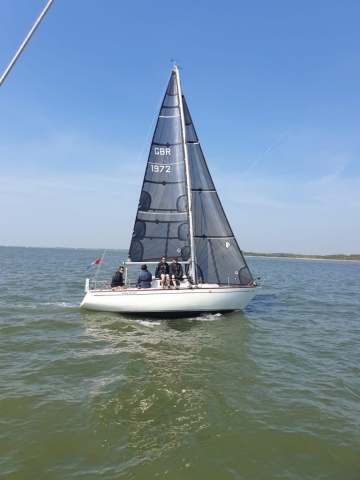