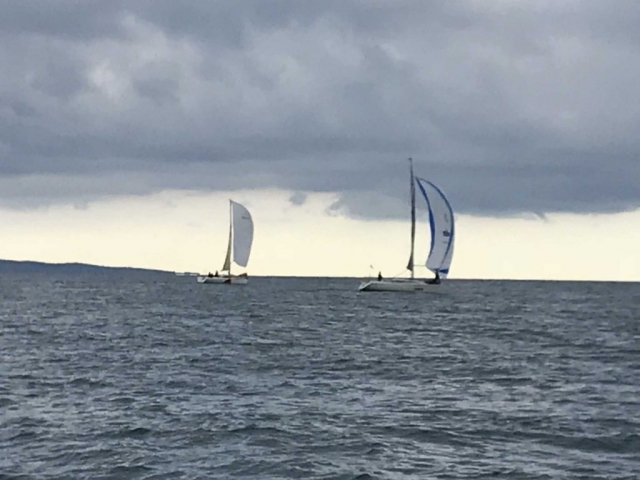 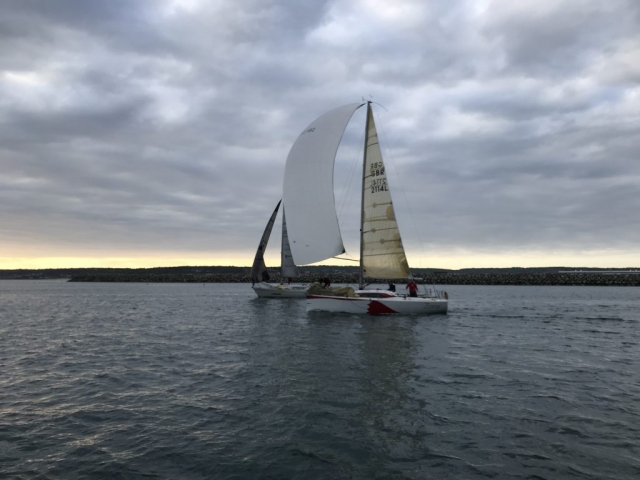 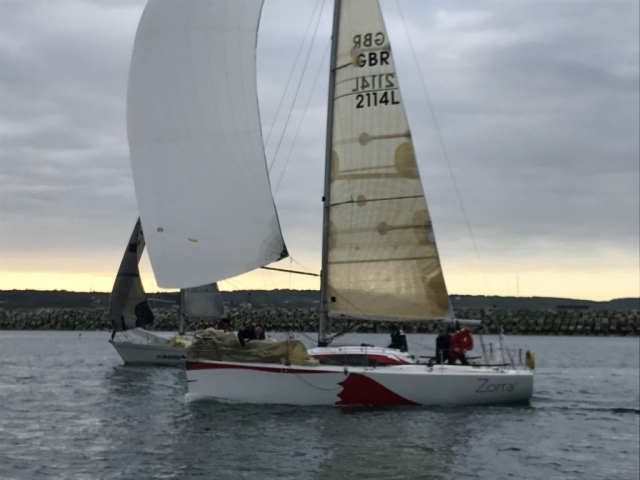 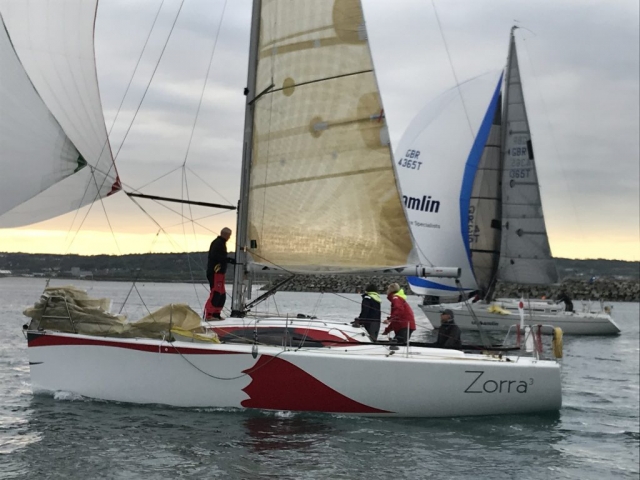 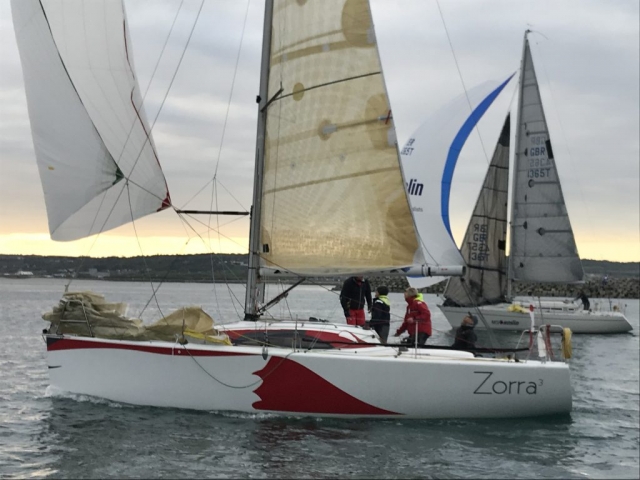 The Bee Sails sponsored race to Alderney started with a change of venue after a forecast for a brisk NE wind made mooring in Braye unappealing if not untenable and a switch to Cherbourg was made on the Friday evening. With the stronger winds forecast, some of the boats entered for the race decided to make other plans so we ended up with around 12 boats at the Swash start line waiting to be sent off by our committee boat, Vento Novo.

A downwind start saw all the boats flying spinnakers as we left the swash in 12 knots of breeze which soon built into  nearer 20 as we left the shelter of the land. This combined with a short steep sea state ensured that no breakfast was going to get cooked on our boat so the bacon stayed in the fridge and a day of eating whatever was to hand began. The seas built and the wind continued to rise and a number of the boats experienced problems and retired back to Poole.

For those that continued, the speeds were high and onboard we started recalculating the passage time and course to steer. The waves were making I difficult to hold a steady course and one by one, the boats around us were taking down spinnakers either prudently or following a warning that the time was right. After a discussion with our crew, we decided against banking the gains we had made in the belief that all was OK and we would be able to hold onto the spinnaker in the conditions, a decision we were to rue shortly after when we broached in a big gust and ended up with 2 spinnakers! We then continued for most of the way under white sails only putting up an asymmetric near the French coast.

Throughout the race we were in sight of Grey Silke, Zorra and Enigma which was interesting as we chose slightly different routes towards Cherbourg. The end result was an emphatic win for Enigma who won on the water after a great race, we followed them in and shortly after, Grey Silke and Zorra came in almost together.

Sunday ended up being a lovely sunny lay day in Cherbourg after another day of NE winds and the crews enjoyed the hospitality of the town which was hosting a nautical exhibition including a 16th century galleon and local historic boats. The highlight of the day was a great RV arranged by the sponsor, Bees Sails where prizes were given to all the boats and a range of drinks and food was provided. This was followed by all of the crews eating at the marina restaurant so a great night all around.

The return race on Monday had a mixed forecast but we were set off on time by Hope & Glory acting as committee boat and started with a light spinnaker run. The wind was light and shifty and soon we were on whites ghosting along watching as the boats in different areas had their turn in the doldrums and with wind.

Hope and Glory soon made up their deficit from starting us off to disappear over the horizon and The Grey Silke also sailed off into the distance as we trailed Enigma again whilst pacing Zorra in parts. The winds picked up for a while and then dropped again nearing Poole, the tide was a little later than I had hoped and Zorra crept ahead to beat us to the finish but we think it will be very close on corrected time.

All in all, a great weekend with a little of everything and lots of sunshine! 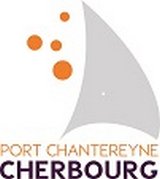