Photographs may be entered through out the season and should show PYRA racing or at play and capture the essence of PYRA.

Our judge is Brian Woolgar who is president of Ferndown Camera Club.

A couple of hints based on one of his emails to me!

“As before the standard of pictures is very high. A couple of comments; Watch out for sloping horizons, difficult under the circumstances.”    Can be corrected with apps/software [Webmaster’s comment]
“Also make sure there is separation in the picture, that is avoid part of one boat obscuring full view of another in the distance.”   Not always possible! [Webmaster’s comment] 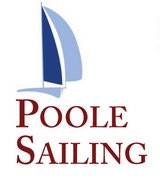